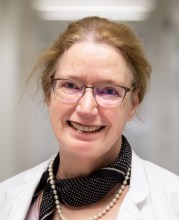 Since the launch in 2011, She has been the Editor in Chief of the scientific journal Clinical Health Promotion. She has also several peer review activities for high ranked international journals. Another scientific qualification is the judgement of applications for major Swedish foundations. As a high-level expert, She has provided technical comments to study proposals in relation to health promotion in hospitals and health services on request of WHO, The Danish National Authorities and the Swedish National Board of Social and Welfare.

She has developed strong management competences and strategic leadership through being the head of the Clinical Unit of Health Promotion, research leader in Denmark and Sweden, Director of WHO-CC with global function on research and teaching & training, including the international network of hospitals from five continents.

Through many years She has been a leader in research and development of clinical health promotion primarily focusing on smoking and risky drinking, but also physical activity among surgical patients (prehabilitation). The results from the research group has added to the change in the paradigm of health promotion in hospitals and health services. Previously, the health gain was expected on long term exclusively, but today evidence has been gathered to show a tremendous effect already on short term, by integrating health promotion activities into the patient pathways. Worldwide, implementation of evidence in the healthcare is a major challenge, now receiving more and more interest. Today, it is moving from theoretical models and frameworks towards the evidence-based platform, though the evidence is still sparse. It is necessary to strengthen this research area. Therefore, The group has taken important actions together with WHO and HPH, by developing and evaluating a new easy-to-use program for fast-track implementation in the clinical setting as an RCT and nested interviews. The significant results predict a potential not used hitherto.